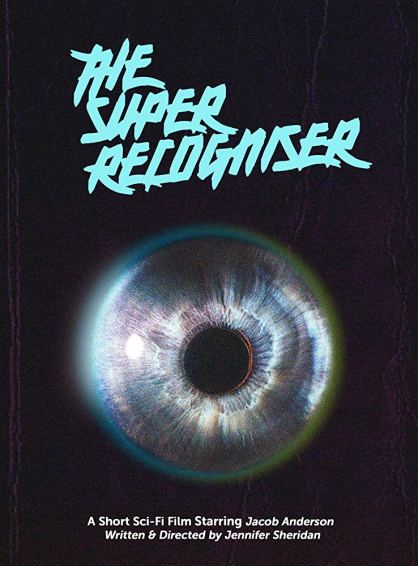 This week I’m back with another review from Big Picture Film Club‘s ‘Conspiracy’ event. I’m so excited to share this with you guys as it was my favourite of the night, for reasons which I’ll delve into below. Shoutout to writer-director Jennifer Sheridan for speaking with me after the screening, it was so nice to meet you!

The Super Recogniser follows Jacob, who is capable of 90% facial recollection. I have since learned that this is a real thing, so it’s amazing having a film that explores this since many of us aren’t aware of what they do. Only 1-2% of the population are classed as super recognisers, so it is a very valuable skill indeed. Because of this, they are an asset to the police and security teams. But for Jacob, his skill comes with a price.

Jacob spends his days in a darkened room with no windows or distractions, constantly observing CCTV cameras, looking for dangerous people. The film does an excellent job at portraying this life of solitude, as the set design is very claustrophobic in nature. Even as a spectator you feel walled in, unable to escape, trapped as you witness Jacob carrying out his tasks. He knows he’s looking for dangerous people, but isn’t allowed to know why they’re dangerous. He’s as clueless as the audience.

Both cinematically and thematically, The Super Recogniser reminded me a lot of Charlie Brooker’s Black Mirror series, due to the ominous sci-fi and mystery elements. I don’t want to give too much away, but hopefully you’ll agree with me when you see it for yourself. The film features Game of Thrones star Jacob Anderson and Humans star Ritu Arya, and the two delivered great performances throughout. Whilst we didn’t learn much about both characters, the element of mystery only adds to the story.

To me, The Super Recogniser is a perfect short film. It’s visually stunning, the script is engaging and well written, and I really didn’t want the experience to end. I urge you to watch it if you get a chance so you can see exactly what I mean. I’m also incredibly excited to see more of Jennifer’s work in future, as it’s clear she’s a very talented writer and filmmaker.

You can find The Super Recogniser at the following places:

One thought on “Short Film Saturdays: “The Super Recogniser””