Harvey Puttock‘s 12 minute short Yes, Virginia tells the story of a woman with an extraordinary ‘gift’. She can grant one wish to anyone she meets, but the effects are permanent and cannot be undone.

The short opens with Virginia (Amy Whitworth) appearing on fictional talk show The Evening Show with Daryll Van Well. Host Daryll (Dušan Mrđen) has Virginia perform a wish live on air, which sees her giving sight to a woman who has been blind from birth.

First and foremost, I loved this introduction into Virginia, as it’s exactly the kind of thing that would be exploited by a talk show host to boost ratings. Even though there’s a positive outcome, it seems Virginia has begrudgingly accepted the fact she’ll be used for her wish-granting ability.

Whilst making people’s dreams come true might seem like a good thing, it also comes with a lot of baggage for Virginia. We soon discover she has seen some dire consequences as a result of her wish-granting ability, and she cannot undo them no matter how hard she tries.

Living with her ‘gift’ is difficult, but she leans on her boyfriend Nick (Tom Patient) for love and support. Most of the film takes place during an anniversary dinner, where Virginia has an important question for Nick.

Despite the fact Yes, Virginia is set mostly at a dinner table, the conversation between our two main characters is enough to keep you captivated throughout. As Virginia and Nick converse, we discover some painful truths about their lives.

Virginia is a very likeable character, played brilliantly by Amy Whitworth, and as a viewer I was on her side the whole time. It was clear to see that her unique ability was taking its toll on her, and she was trying so hard to keep it together. 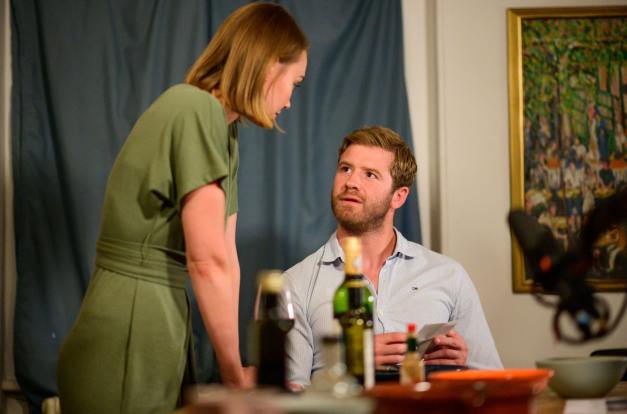 Yes, Virginia is simple in its execution, but tackles a lot of important social issues in its short runtime. The script tackles themes of grief, loss, hope and love, through a conversation that soon takes a dark turn.

I thought the film was well polished, and I especially enjoyed the use of media scrutiny in the opening credits to quickly convey how people might respond to a person who claims they can ‘grant wishes’. It’s a bold claim of course, with many branding her a hoax.

Overall, I would certainly recommend checking out Yes, Virginia. Writer/Director Harvey Puttock told me they plan to release it on 29th April to coincide with International Wish Day, so stay tuned!

In the meantime, you can watch the trailer here:

Got a short film you want me to review? Get in touch at lucybgoestohollywood@gmail.com with any relevant details.