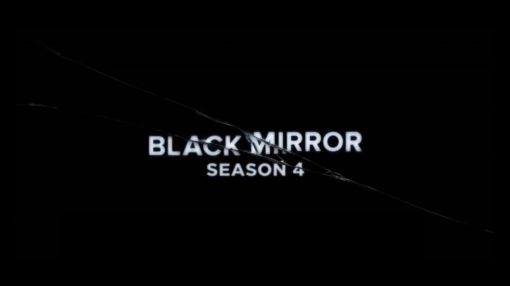 The time has come to start reviewing TV shows on here, and what better place to start than Black Mirror? I’ve been a fan of the show since day one and it’s been amazing to see Brooker’s anthology series doing so well internationally, after being picked up by Netflix. I might go back and review Series 1 – 3 at a later date, but as 4 was the most recent I was really eager to give my thoughts on it as soon as possible. I’m going to avoid obvious spoilers as much as I can but I will have to outline certain plot points to make my points clearer. If you’d rather go into all the episodes completely blind, stop reading!

Because each episode is an entirely different story with different themes, I’ll be reviewing them all individually. I’ll be starting with my favourite episode, then working my way down to my least favourite. Overall, I did think it was a solid series with some great concepts across the board, but some episodes were certainly better than others. I thought the quality of acting across the board was exceptional, and I was introduced to some brand new talent that I’m definitely going to keep an eye out for in future programmes and films!

I’ve chosen this episode as my favourite because it completely blew me away, and brought me to tears by the end. It’s an emotionally charged episode that keeps you on the edge of your seat. Despite its longer runtime, it’s a well paced episode that doesn’t drag anything out or present us with unnecessary scenes. It’s the only anthology episode, as it has three self contained stories that all link back to contents of the museum. Interestingly, the first of the three stories was originally written by magician Penn Jillette who then worked with Charlie Brooker to include it in a Black Mirror episode… as if this couldn’t get any better. (I’m a huge Penn and Teller fan!) This one is highly recommended, and best watched after you’ve seen the other episodes.

I’ll admit, when I saw the posters and promos for this one, I didn’t think I’d enjoy it. Whilst I’m partial to a bit of sci-fi, I am incredibly picky with it. After deciding to watch the episodes in the order they were listed on Netflix, I wasn’t expecting to be wowed straight away.  As it happens, this episode is my second favourite and it was absolutely nothing like I’d expected it to be. Centering around virtual reality gaming and those in charge of the programming behind it, this episode explores the dangers of taking it too far. I won’t say much more than that, but I guarantee you’ll be pleasantly surprised by this episode, even if sci-fi isn’t your go to genre. 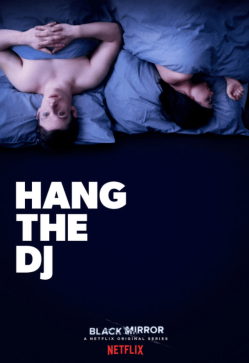 After the recent success of San Junipero, I was interested to see how Black Mirror would handle another romance-themed episode. Focusing on a dating program that puts an expiration date on relationships, this episode explores the flaws in dating algorithms and what happens when people start to question a system that promises it will eventually deliver the “perfect match”. Whilst it’s a little predictable in places, it’s an enjoyable watch with a heartwarming story and lovable characters. It’s an episode I could happily return to without getting bored, even though I know how it ends.

This episode explores the paranoia and pressures around motherhood, something that Black Mirror hasn’t fully delved into yet. After nearly losing her daughter in a public place, a mother invests in a technology called Arkangel that allows her to track, monitor and censor things in her daughter’s life. From the minute the technology is installed, you know it’s going to backfire horribly, but you’re not sure how. It’s a cautionary tale about wrapping your children in cotton wool, directed by the always wonderful Jodie Foster. With the popularity of technologies like Find My iPhone, I found the events of this episode to be eerily plausible in a not too distant future.

Out of all the episodes this season, Metalhead was definitely “the Marmite one”. I’ve seen so many conflicting reviews and opinions on it, I had to take my time deciding what I thought. Eventually I concluded that it was an okay episode, but it could’ve been so much better. My biggest problem was the lack of context, I came away from the episode with more questions than when I went in. Sometimes that can be a good thing, but I personally felt it needed a more concrete backstory considering it was set in a post-apocalyptic environment. In my opinion, you can’t just say civilisation has crumbled and leave it at that. I thought the “dogs” were incredibly creepy, it was well directed and in parts it felt like a home invasion horror film, but sadly it wasn’t enough to make me rank it higher.

Though it pains me to say it, this episode wasn’t only the weakest of the season, I thought it was also the weakest Black Mirror episode to date. I really didn’t care about the protagonist at all, and the twist ending was too implausible to take seriously. (You’ll know what I mean when you see it) I appreciate it’s set in a future with advanced technology, but even so, it felt too far fetched for my liking. The premise itself isn’t bad; but the events that lead to Mia’s eventual downfall contain several plot holes that could have been avoided. The only redeeming features here were the stunning cinematography and overall quality of the acting, but other than that it was very disappointing and felt out of place amongst the other episodes.

What did you guys think of this season? How would you rank the episodes? Feel free to leave your thoughts below, I love hearing different opinions!