Beyond the classic titles, my knowledge of the war film genre isn’t wonderful. That’s why I was so stunned when Sam Mendes’ 1917 ended up being one of the best films I’ve ever seen.

The film is set in World War I, which took place between 28th July 1914 and 11th November 1918. The story follows Lance Corporals Blake (Dean-Charles Chapman) and Schofield (George MacKay) as they’re tasked with something that’s seemingly impossible.

General Erinmore (Colin Firth) sends them to deliver a message deep within enemy territory and stop 1,600 soldiers from walking straight into a deadly trap. It becomes even more personal when they discover Blake’s brother is among those they set out to protect. 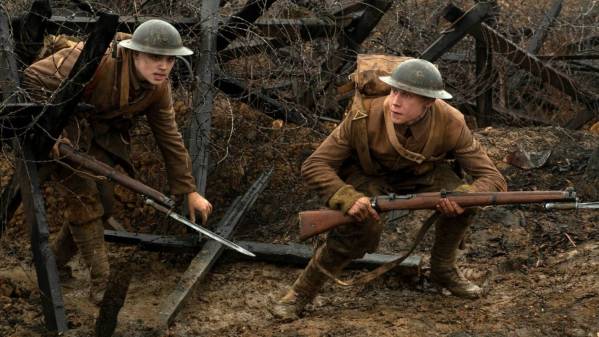 Although the word is thrown around a lot, I would certainly consider 1917 to be a masterpiece in every sense of the word. The way it forces you to witness the terror of war is beautifully done, with a lot of this being a testament to Roger Deakins stunning cinematography.

Combined with Thomas Newman’s epic score, it truly is a film meant for the big screen experience, and is an example of how wonderful cinema can be when all of its elements come together so perfectly.

1917 is probably the most tense I have ever been in a cinema. We follow the two soldiers incredibly closely, with the camera staying with them at all times. Its filmed to look like one shot and we never leave their sides, placing us right in the firing line with them.

It forces us to bare witness to all sorts of horrors. We’re placed uncomfortably close to the dead, rotting bodies of horses, and soldiers from both sides of the fight. We see mass graves being dug by exhausted surviving soldiers, as we traverse through desolated areas. 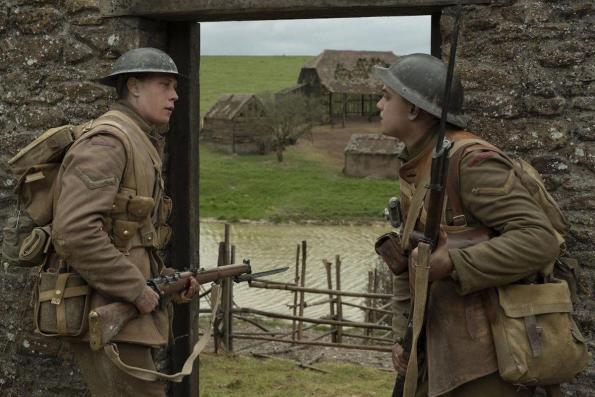 This isn’t a film that sugar-coats anything, it wants you to know how utterly horrifying war is. It wants us to be a part of it, to feel all the emotions that the characters are feeling. You won’t find any blind patriotism here.

The film is a journey, with the audience never seeing the same location twice as we constantly follow the two soldiers. Frankly, it’s an exhausting experience and I felt like I was right there with them.

Because we’re constantly moving with the characters, we’re also unable to detect any danger from outside of their peripheral vision, which makes for some incredibly effective ‘jumpy’ moments.

During this journey, we encounter other regiments too, and something that stood out to me was the way many different accents were used to highlight that all men were a part of war.

Personally I heard Scottish, Geordie, Essex, as well as Received Pronunciation. There’s even a Sikh man who interacts with one of the soldiers. This makes an effort to ensure all men were represented and I think that’s an important thing.

The film has some incredibly intense moments, which is where the big screen experience is even more beneficial. Using elements you’d expect from an action film, your heart is in your mouth during some scenes where the drama really kicks in.

And, of course, there’s plenty of emotion. I was constantly in tears throughout the film as I was subjected to a wide range of horrors. 1917 knows how to tug at the heartstrings and hit us where it really hurts.

Some big names are present in the film like Andrew Scott, Richard Madden, Mark Strong and Benedict Cumberbatch, but they don’t overshadow the film. It’s truly Blake and Schofield’s story, and we witness it through their eyes.

It’s hard for me to find any faults with 1917, the whole experience had me emotionally drained but so delighted with what I’d just seen.

This film is deserving of all its critical acclaim, and I’m really hoping it at least gets Best Cinematography at this year’s Oscars. It’s an incredible cinematic achievement.