The Body is the latest short film by Australian filmmaker Adam Weber. I’ve reviewed one of his films previously, taking a look at The First Date two years ago.

I was very impressed by The First Date, particularly its stomach-churning special effects, so I was excited when another film landed in my inbox for review.

Adam’s latest film The Body was written and directed by him, and it’s very different to his previous short. In a good way!

This time, we follow a hitman and his potential protege who are tasked with burying a body in the countryside, away from prying eyes. But a seemingly simple job is anything but.

In just a few minutes, the dynamic between hitman Darryl (Marc Clement) and protege Stevo (Anton Schrama) becomes very clear. They’re a comical double act, one a bumbling idiot and the other trying to keep his cool and get the job done.

There’s some real humour in The Body, with the opening visuals of a man driving his car to a cool rock soundtrack suggesting that Stevo is someone calm and collected. However when we meet him, we realise that was a facade. 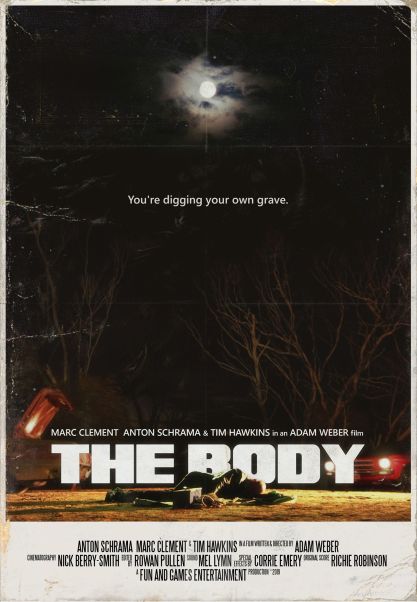 Darryl becomes exasperated with him quite quickly, berating him for his outfit and what he’s got stored in the back of his car. But the men have to work together somehow, to get rid of this mysterious body.

The entire film is shrouded with mystery and keeps the audience interested. Who is this body? What happened to him? As soon as the two characters meet, up we’re desperate to know more about the situation.

This short is paced well, with the right amount of humour mixed in with some more serious, suspenseful elements. After all, burying a body isn’t a laughing matter.

The film is beautifully shot and the soundtrack by The Broken Vibes complements the tone of the film well. It brings the opening scene to life especially and immediately draws you in. 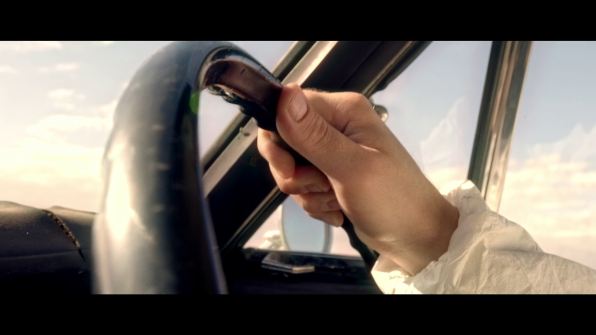 I was very impressed with how well made this film was, utilising clever cuts, drone shots and close ups to tell the story. It feels well polished and professional, not like an indie film at all.

In fact, as much as I adored The First Date, I might like The Body even more. It’s brilliantly acted, beautiful to look at, and keeps you guessing until the very end.

This film is a must see for all crime fans, and at just 12 minutes in length it’s simply unmissable. The ending is just as satisfying as the highly cinematic opening scene but no spoilers of course!

The Body is currently doing the festival route but you can keep up to date with information by following its Facebook page.

You can watch the teaser trailer below!

Got a short film you want me to review? Get in touch at lucybgoestohollywood@gmail.com with any relevant details.

One thought on “Short Film Saturdays: The Body”