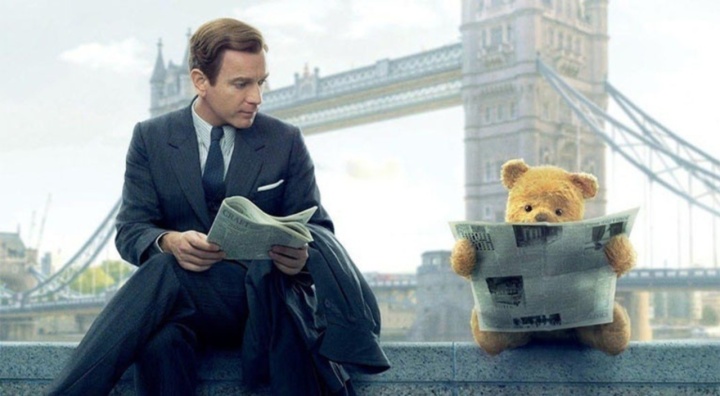 As a child I adored Winnie The Pooh. From owning soft toys of Pooh bear and his friends to playing Pooh sticks in the woods with my grandad, it shaped a lot of my childhood. Perhaps this explains why I was so drawn to this film from the day it was released. I was excited yet quietly apprehensive as you often are when your favourite childhood characters are revived on the big screen. There’s always a risk that it just won’t be the same.

Thankfully Christopher Robin did a fantastic job of bringing audiences back to Hundred Acre Wood, and telling the story of an adult Christopher Robin. As you can probably imagine; he soon outgrows his toys and is forced to grow up very quickly as he’s sent off to boarding school. Beyond that, he is soon conscripted and upon his return, has to work tirelessly to provide for his wife and daughter. This level of stress soon turns Christopher Robin into a serious workaholic who would much rather see his child study hard than play games. All that changes when Robin is reunited with Winnie The Pooh, and he soon remembers all the fun he once had as a child.

Ewan McGregor delivers a stunning performance as an adult Christopher Robin, perfectly encapsulating the serious businessman persona, as well as one filled with child-like glee. It’s refreshing to see McGregor in a much more playful role than usual, and I believe he’s appealing for all audiences, both adult and children alike. His performance made me cry in places, because the script tugs at your heartstrings and delivers a jolt of welcome nostalgia. In all honesty it makes you want to grab your bear and be a child again, just for a few moments. And even more honestly, is there anything wrong with that? It’s a film that reminds you to stop working so hard, and make sure you enjoy those precious moments with those dear to you. Pass the tissues, please!

Pooh and his friends are animated wonderfully, they blend in effortlessly with the scenes and create this illusion of toys coming to life. It’s very easy to forget that they’re not actually real. I especially loved classic grumpy Eeyore, as he resonates well with the adult audience and makes you think “you know what Eeyore, I can relate to that”. He’s a hilarious antidote to the mushier characters, and reminded me why I’ve always loved his character. It was so fun seeing Pooh and friends again, and I’m so happy they were portrayed the way they should’ve been.

Christopher Robin is an all-round beautiful family film, full of playful visuals, genuinely funny one-liners, and moments that make you feel warm and fuzzy inside. It is very cheesy in places but you have to remember that this is a sweet, family film, so overly mushy moments don’t feel too out of place. I soon learned to roll with it and found myself genuinely beaming at the chemistry between characters, and the love that radiated from the screen. Frankly, it’s a welcome change from the blood and guts I’m used to, and I’m happy about that. Sometimes even a die hard horror fan needs a teddy bear in their lives.

One thought on “Return to Hundred Acre Wood: A review of “Christopher Robin””