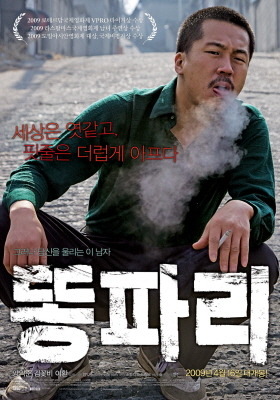 Breathless is probably one of the most uncomfortable experiences I’ve ever had at the cinema. Shot in 35mm and riddled with close-ups, every punch, kick and act of violence is presented to us very explicitly. It was first released in 2008, but played at this year’s London Korean Film Festival with director and actor Yang-Ik Joon present for a Q&A. Hearing Yang speak about the film made me enjoy it even more, and he was such a passionate, enthusiastic and funny person, the complete opposite of his on-screen character, Sang-hoon.

The film follows bitter, aggressive loan shark Sang-hoon as he beats up tenants for a living. He is crude, lacks compassion and constantly berates those around him, even his family. He is an incredibly unlikeable character, yet I found myself sitting there hoping he’d do something to redeem himself. One day, Sang-hoon walks past a schoolgirl and decides to spit on her, to which she stands up for herself. He responds by knocking her out, but sits by her and waits for her to regain consciousness. From this moment, a very unconventional friendship is formed between Sang-hoon and Yeon-hee and they begin to meet up with each other on a regular basis.

It is soon revealed that Yeon-hee and Sang-hoon actually have a lot in common, especially their abusive relationships with family members. Both physical and mental abuse are constantly depicted throughout the narrative, especially towards women. The film is very critical of this kind of behaviour (as confirmed by Yang in the Q&A), so you are encouraged to feel horrified and sick by what’s happening on-screen. It was very difficult for me to have any sort of sympathy for Sang-hoon because of his appalling behaviour throughout, even when he is dealing with his own personal traumas. He takes his anger out on everyone around him, not caring about how that makes them feel. It’s unclear whether or not this violence actually helps him cope or if it’s just something to keep him from becoming bored.

Yeon-hee, on the other hand, is a victim of this violence and is constantly abused by her father and brother. She tries her best to argue and fight back, being anything but a passive character, yet is always overpowered by the men in her life. Yeon-hee is smart, sure of herself and stands up to people, yet deep down, she is clearly traumatised and wants something better than the life she currently has. Her strange friendship with Sang-hoon gives her an excuse to get out of the house, and she takes it whenever she can. Kim Kkot-bi shines in this role, and she was the one person I was truly rooting for in all of this.

The grittiness of the lighting combined with the realism of the 35mm camera makes it even more unpleasant, but definitely adds to the overall experience. I am thankful I got the opportunity to witness it on the big screen in this format, the way the director had intended it to be watched. As the film goes on and dark truths are revealed, this format heightens the emotion and bleakness, which left me in a stunned silence once the end credits rolled. Because of this experience, I don’t think I’m able to watch this film again. It was a very difficult, emotional watch and I don’t believe it could be properly replicated on my TV at home. For me, once is enough.

This isn’t the kind of film you’re expected to ‘enjoy’, in fact, the whole thing is very bleak and there’s no happy ending. Just cold, hard truths and violence. It’s a heavy film that you need to be in the right mood for, if indeed this film is the right choice for you. I am glad I had the chance to see it, especially the way I did, but I can’t recommend this to everyone because of how utterly harrowing it is. Approach with caution for sure. 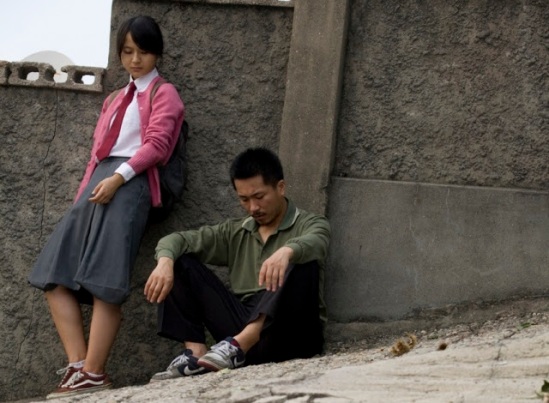