The UK lockdown has been difficult for many of us, with some finding it difficult to navigate life amid a global pandemic. With businesses closing and people adjusting to life at home, it hasn’t been easy for everyone.

But it’s also inspired some to get creative, and that’s exactly what Anna Mayers did when she created her latest short film Cereal.

This project was written, directed and acted by Anna, so it’s truly a one-woman, isolation film. It’s also clear that a lot of time and effort went into this project, as she definitely had more time to play with.

Cereal follows a final year student as she tries to complete her dissertation whilst dealing with the uncertainty of lockdown. Her words and learnings begin to consume her, with nothing else exciting happening in her life, forcing her truth to come out.

I started with the obvious question, asking Anna when she was inspired to make the film after the lockdown began in March. Was it immediate, or did it take some time?

Anna: “I knew I wanted to finish this time of lockdown being able to look back and be proud of what I created; however, the idea of a short film only came to me in late May. I’d been busy doing other creative things, but I knew I’d never forgive myself if I looked back at what I did during the pandemic of 2020 and hadn’t made a film of sorts.” 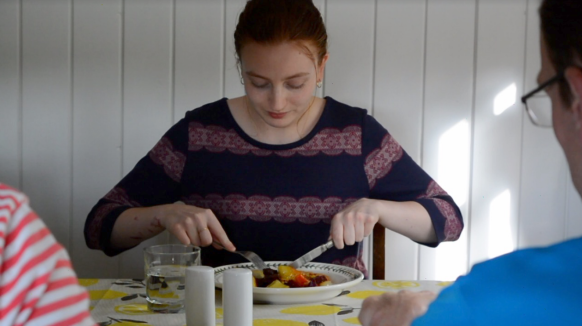 With lockdown affecting people’s motivation more than ever, I was curious about whether making Cereal had been a challenging process. As stated above, Anna did this project alone, so she had to self-motivate and make sure she got it done.

Anna: “I’m either ready to give my all or happy to procrastinate the day away. It was tough to keep myself motivated, but I set a healthy deadline so I would complete it before we’re allowed to go back to normal, but so I also had time to take my mind off of it.

“I’m glad I did this because it meant when I was working on the film, I could put my heart and soul into it. I could’ve filmed it in fewer days, but I couldn’t ever be bothered to change my outfit more than twice in a day. I think that sums it up!”

I liked the fact that this film really reflected what was going on in real life, with Anna sometimes struggling to focus on things just as much as her character in the film was.

Cereal has some serious tonal shifts, it goes from humour, to tedium, to some scenes that might genuinely concern viewers. This raw, unfiltered look into someone’s life during lockdown is something that perhaps, many of us can relate to.

It’s also not afraid to shine an honest light on mental health, which is something I can always get behind. 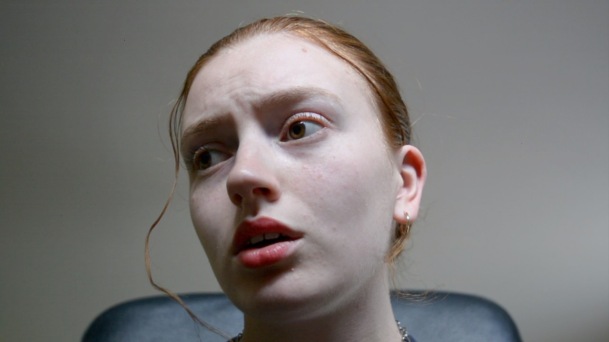 Often, when we write about mental health, or the world is going through a lot of pain, we can find it difficult to manage our own.

Anna was kind enough to give me her own insights when I asked her about how she’d handled mental health during the making of this project.

“To be honest, I think I’ve dealt with this time very well. I love being alone, staying at home, and working at my own pace, so I’ve felt really sorry for my friends and family who haven’t been in the same headspace, as this is my dream time. The character I become is someone who does become affected by the sudden change, as well as mimicking real life people and also how they’re coping.

“I think the film has been great for me to understand where my friends are coming from when they talk about wanting to get out and do stuff. I’d normally laugh (not to their face of course) and think: why would they want to do that with a virus out there? But not everyone is like me. Every single person deals with things differently, and how they’ve had to understand that I don’t want to break rules and head out just yet, I’ve had to learn that some people thrive from being out and about, and that’s ok. We’re all different.”

Cereal is a “artsy, metaphorical film” according to Anna, and it’s definitely very different to the other films I’ve reviewed on this column. But that’s what makes it such a great watch.

Many filmmakers are inspired by others, so I asked Anna if she’d drawn inspiration from other creators or art when writing the script. Sometimes inspiration can come from the strangest of places, after all! 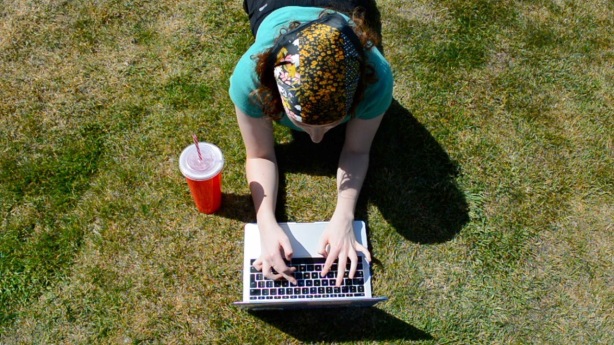 Anna: “I don’t think I drew inspiration from films and things when initially building the script, but when I got into the filming process, I felt like this character I created would take ideas from art to build who she was. I think it’s something we all do. I watch a show and suddenly my latest catchphrase and favourite outfit is extremely similar to what I’ve seen on my screen.

There was one scene in particular that resonated with me, as someone who’s been separated from my family throughout all of this. We’ve had to adjust to Zoom, phone calls and social media to keep in touch with each other.

But it’s never really the same, and many of us have felt lonely as a result of lockdown. In one scene, Anna’s character disconnects a call with a friend and sort of sits in silence for a bit, which reminded me of how I’ve often felt.

Anna “You saying that has made me think of times when I’m out partying with friends, all having the time of our lives, and suddenly stopping, and thinking I feel so alone even though you can’t move an inch without touching another person. It’s not my fault, or my friend’s faults either, but I think it’s important to acknowledge we can’t always be ok, even if the situation we’re in is pushing us to think that.

“It was really important for me to show these moments, no matter how big or small, because we can all feel unsure and alone. Especially right now, even if a phone call doesn’t seem enough to cheer us up, it’s still really important to reach out.”

Finally, I was quite surprised by the way Cereal ends. It was very unexpected, and without spoiling anything, might be one of the best twists I’ve seen when reviewing things for this column.

I asked Anna if she had always intended for the film to end this way.

“I love a good twist. When a story has more than one, I know I’ll want to watch it again and again to work out any hints. I think with everything I make I want the end to be unpredictable, and I think I did that.

“Well, I know I did that because my mum jumped out of her seat whilst filming, even though she knew exactly what I’d be saying. It was always in the script, and even though there were some slight tweaks along the way, the basic plan didn’t change, and neither did the ending.”

If you’re looking for an interesting lockdown-inspired film, I would highly recommend this one!

You can watch Cereal now, via Vimeo.

Got a short film you want me to feature? Get in touch at lucybgoestohollywood@gmail.com with any relevant details.

Been a while since I posted on here - apologies for that! I’m still around, mainly on Twitter, and having a blast running @teavtimepodcast. Anyone else find keeping Instagram updated utterly exhausting? 😂 •
My new podcast @teavtimepodcast is looking very snazzy thanks to Alex Jenkins! (@hexshadow) ❤️☕️ •
I found these old photos of me, five years ago, handing in my final year film project and not having a fucking clue what my future would hold! •
The fabulous @sarah_buddery is selling handmade hats and they’re super cosy! 🧶 •
It was a pleasure to join @choosefilmpodcast to discuss Danny Boyle’s Trainspotting! It’s one of my favourites, despite the fact it’s utterly harrowing and has definitely put me off drugs for life 😂 •
I mean technically he’s 50 years old right? 😂 🍷 •
Loading Comments...
Comment
×
<span>%d</span> bloggers like this: