Perpetual loneliness is often explored in storytelling, and we’re no stranger to post-apocalyptic films like I Am Legend, 28 Days Later and How I Live Now.

In the case of Go/Don’t Go, our protagonist is very similar to Will Smith’s in I Am Legend, because he believes he’s the last man on Earth. A truly terrifying prospect, even for the most introverted among us.

However, it’s not clear exactly what happened to leave Adam (Alex Knapp) the last man standing, because there’s no zombies or war or pandemic in sight. He’s just alone in the world, with nothing but his own thoughts for company.

And unlike I Am Legend, Adam doesn’t even have a pet for companionship. It’s just him against this empty, confusing world. 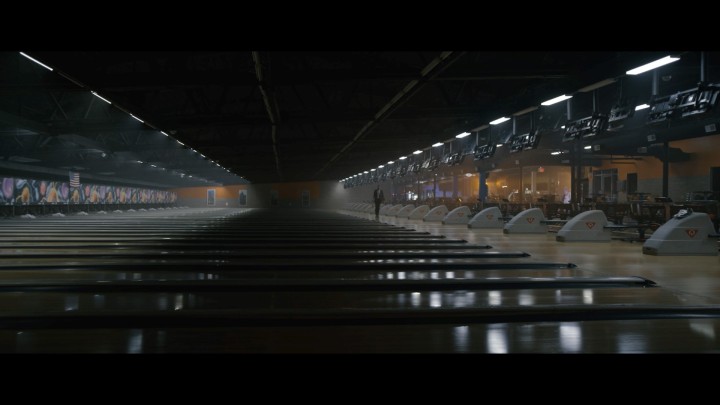 Adam keeps himself grounded by following the same routine every day. This consists of waking up, brushing his teeth, foraging for supplies, taking out the trash, going shopping, checking what needs to be checked, and crossing off what needs to be crossed off.

There’s no real need for routine when society as we know it no longer exists, but we all get used to our daily habits no matter how mundane they might seem.

Through a series of flashbacks, we learn that Adam started a relationship with a woman known only as K (Olivia Luccardi), and that they definitely have their differences. Adam is a wallflower, and we see several scenes where K is trying to get him to loosen up.

But he soon finds himself entirely on his own, as K and the rest of the population have disappeared, leaving Adam as the last man on Earth. But is he really alone?

Go/Don’t Go takes us on an 1hr 30min journey which sees Adam living out his days, confronted by the realisation that he might be descending into madness. It’s a very difficult watch in places, especially given the current climate, but it’s beautifully done.

To really reflect this struggle, the film shifts from peaceful strolls in the forest to tense moments in abandoned stores, with the music perfectly matching Adam’s own internal feelings.

In fact, I loved the music so much that I would genuinely buy a soundtrack if it were ever made. Each piece fits the scenes so well, and it’s difficult not to feel completely transported. 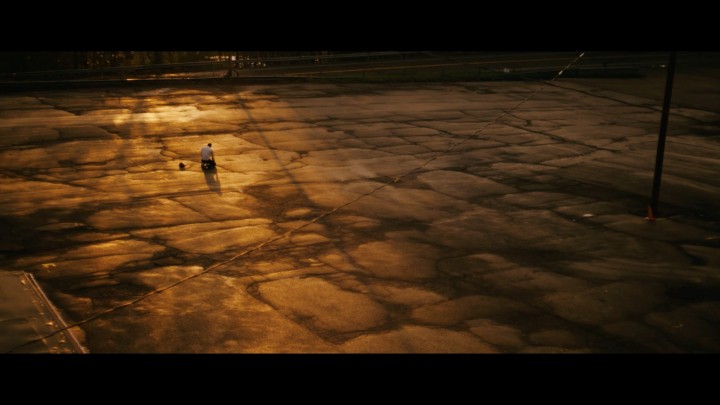 The film’s cinematography is equally as stunning, with Adam often filmed in a wide shot to show the audience just how isolated he is. These shots are as haunting as they are beautiful, and it’s impossible to look away.

Go/Don’t Go is a triumph, and it’s hard to believe it’s Alex Knapp’s first film. It blends elements of post-apocalyptic, romance, and even horror to create a deeply personal look into one man’s life.

It’s a very slow burn, but the journey is incredible and it’s a truly gorgeous film from start to finish. Put away all distractions and get ready to lose yourself in this beautifully crafted independent film.

I guarantee you it’ll be unlike anything you’ve ever seen before – and that’s a good thing!

Go/Don’t Go is currently playing at festivals, and I saw it as a digital screener during Greenpoint Film Festival.

You can watch the trailer below.